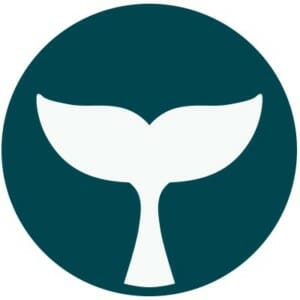 UPDATE: Sold 10.5M tokens in their ICO sale. Listing info will be released in the next few days. Follow their Telegram group for more info.

According to the World Bank’s Financial Inclusion Database, as of 2015, almost two-thirds of the populations of just five countries (Indonesia, Philippines, Nigeria, Colombia, and Peru: a combined 630 million people) remain unbanked. If one includes all middle income and developing nations, that number rises to a whopping 3 billion-plus humans without access to a bank account, let alone access to basic financial tools such as a debit card. Despite the leaps made by financial technologies in the past few decades, it is clear that access to simple, 21st-century financial utilities remains shockingly low.

Digital payments are the solution that will provide entry to financial inclusion for these billions of people. That said, financial exclusion still remains, in large part, because most merchants in underserved demographics still deal only in cash. These micro and small businesses (MSMs) - the local food vendors, gasoline stands, mobile phone kiosks - the lifelines for most people, represent over USD 6.5 trillion in transactions annually. Yet less than 10% of these merchants currently accept digital payments.

Moreover, the current financial infrastructure further disincentivizes digital payments for MSMs. Payment terminals involve long, inefficient application processes, connectivity historically has been poor, and card payment fees are too high to justify operating in anything but cash. Similarly, service providers have thus seen little reason to invest in the infrastructure to bring these billions of people into the modern digital financial system.

Blockchain technology and cryptocurrencies offer an opportunity to change that. Against a backdrop of rising mobile device adoption (global smartphone user base to increase by ~1.6 billion in the next 3 years), the barrier for people to potentially transact securely, transparently and conveniently has never been lower. BELUGA aims to leverage these new technologies to develop an open source asset transferring platform. By thus providing the tools for small businesses and their customers in developing countries to go digital, it is BELUGA’s mission to help the unbanked billions become part of a newer, better, and fairer global financial system.