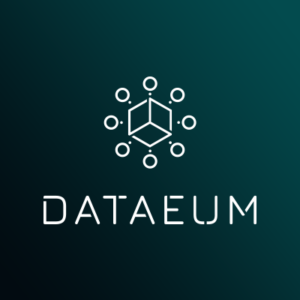 Dataeum is a blockchain-based platform which uses crowdsourcing to enable the collection of 100% of all global physical data (such as stores, gas stations, traffic signs) anywhere in the world, with 100% accuracy.
It does this by using a distributed workforce of "collectors" who are incentivised in XDT Tokens to submit physical data.

Why is Dataeum the next big thing?
1) Dataeum already has an App which makes it the only company that enables to gather 100% of any physical data, anywhere in the world, with 100% accuracy and make it available on a decentralized marketplace.
2) The collection solution has proven its scalability during successful tests in three major European cities - London, Barcelona and Paris with a large community of collectors.
3) Dataeum has attracted not only highly experienced and devoted team members, but also such well-known advisors as Simon Cocking (TedX speaker, top ICO advisor on Icobench), Sébastien Bourguignon (digital blockchain expert), Anders Larsson (VP at Ericsson, founder of Allcoinwiki), Mikhail Zelenin (Smart contract RnD, Blockchain architect at Naviaddress) and Ian Scarffe (leading expert in blockchain ranked #2 advisor on Icobench).

How does it work?
1) The crowdsourcing community (collectors) initiate the process of generating real world data;
2) Other collectors verify the data;
3) If the data match, collectors get remuneration in tokens (70% for initial generation of data and 30% for verification);
4) Validated data becomes available on the decentralized marketplace;
5) All players searching for real world data, including maps, private companies, urban development companies and local authorities can rent the data from the marketplace.
The use of blockchain and Smart Contracts technology guarantees the quality of the data and the remuneration of its collectors, as well as protects against the risks of hacking, that have become a common issue today.
Thus, allowing data acquirers to get reliable and accurate data on one hand, and data collectors to be remunerated for its generation on the other hand, Dataeum has all chances to be at the origin of real data revolution.