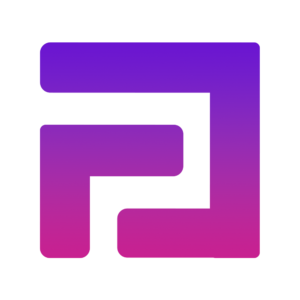 Posschain is a next-generation blockchain protocol, that enables all legacy, current, and future blockchains to seamlessly scale and communicate with each other.

ABOUT THE CONSENSUS MECHANISM

The consensus mechanism determines how quickly and securely validators on the blockchain will reach consensus on the next block. Proof of Work (PoW), the first successful implementation of a consensus mechanism within a blockchain, was used in Bitcoin. In PoW, all network participants rush to solve a complex mathematical puzzle to get a chance to add their blocks to the network and win associated rewards.
The second application of a consensus mechanism gaining traction in the blockchain space is Proof of Stake (PoS). In PoS, participating validators receive rewards on the network based on the amount of the network's native cryptocurrency they stake or lock in a wallet for a given period.
Another consensus mechanism, Practical Byzantine Fault Tolerance (PBFT), has been researched and developed for over two decades. PBFT is an ideal consensus mechanism for institutional consortia, such as blockchains, where all members are only partially trusted.
Consensus rounds in PBFT involve a node chosen as the leader. In contrast, the other nodes are each validator and can be divided into the preparatory and completion phases.
The leader broadcasts his proposal for a new block to other validators, who then post their votes on the proposal to the rest of the network. For messages to be broadcast continuously, each node in the network must count each vote.
When more than 2f + 1 consistent votes are seen, and the total number of validators plus the leader is 3f + 1 (f = number of malicious validators), the preparation phase is complete. Similar vote-counting is used during the commitment phase, where consensus is formed when 2f+1 consistent votes are seen.
A disadvantage of the PBFT consensus mechanism occurs when the network becomes extremely slow when it reaches a validator threshold and loses its ability to scale. This is due to the number of messages that each authenticator in the network must send and receive from each node.
To address the scalability issue of PBFT, the Accelerated Practical Byzantine Fault Tolerance (APBFT) consensus mechanism is inspired by best practices, including Posschain, HotStuff, and Harmony's consensus protocol (FBFT) to create a consensus mechanism by reducing communication complexity within standard PBFT implementations. Developed the tool. Rather than publishing the votes for each verifier, the leader conducts a multi-signature signing process to collect the votes of all verifiers. Now every node doesn't need to take and count each of the voices of the remaining validators in the network; it just accepts one multi-signature.
A deeper dive into Posschain's enhanced APBFT consensus mechanism reveals the two algorithms responsible for selecting the node to be the leader and the remaining validator nodes in each segment within the network. The primary algorithm used to choose the leader and validator nodes in a shard is a random function such as VRF. The VRF function will output the new leader for the fragment in a generation in each new era. Suppose the primary random function cannot extract a set of candidate leader and validator nodes. In that case, a secondary algorithm is called in the selection process to ensure that the epoch in a given shard has a set assigned to it.
Posschain's APBFT consensus includes the following steps:
1) The leader broadcasts the block header he formulated to all validators. Simultaneously, the leader publishes the block's content with the erasure coding, called the "announcement" stage.
2) Validators check the validity of the block header. If valid, they sign the block header with a Boneh-Lynn-Shacham (BLS) signature and send the signature back to the leader.
3) When the leader receives 2f H 1 valid signatures from the validators, it collects them into a BLS multi-signature. The leader publishes the batch multi-signature and a bitmap showing which validators signed it. This step forms the "preparation" phase with the second step.
4) Verifiers check that the multi-signature has at least 2f H1 signers, verify transactions in the block content broadcast from the leader in Step One, sign the message received from Step Three, and send it back to the leader.
5) The leader then waits for at least 2f H1 valid signatures in step four, combines them into a BLS multi-signature, and creates a bitmap that logs all the signers. Finally, the leader commits and publishes the new block with all multiple signatures and bitmaps added for all validators to commit. The fifth and fourth steps make up the "commitment" phase.
CONSENSUS ROLES

- Validators: Validators are nodes on the Posschain blockchain that validate, process, and attest transactions on the blockchain. Through its democratic consensus mechanism, validators are voted for by community members that have voting rights.
- Defenders: A node type attests to the validity of blocks as they are formed and submitted to the chains. A Defender fishes out for any illegal partnerships formed by malicious actors on the network and is rewarded for their work.
- Nominators: Members who hold tokens on the chain nominate staking members as validators for transactions. Nominators receive a part of the reward that their nominated validators receive for their work in successfully assigning validators.
Features

Software development has come a long way since the 90s, especially when looking at the upgradeability aspect of the software. These apps on our phones are updated seamlessly while we sleep.
But that is not the case for blockchain development teams and blockchain software. Up until this point, blockchains could only be upgraded after forking. What forking requires is to create a new version of the blockchain. As you can imagine, this is a grueling and lengthy process. Especially if it was just a few minor upgrades, it was clear that the blockchain industry needed a way to upgrade blockchains seamlessly, to have a surge of apps on our phones. This is where forkless upgrades come in.
A forkless upgrade is a future-proof concept that enables a blockchain to be upgraded without forking. Inspired by the Substrate framework, the Posschain blockchain includes a fork-free upgrade feature made possible by Posschain's on-chain governance system, allowing agile blockchain development and improvement.

Building a private blockchain can be quite complex and takes unnecessary time.
Posschain's Possarena framework simplifies blockchain creation, allowing developers to focus on optimizing blockchains for specific use cases. Being modular, the framework enables the user to implement ready-made, fully customizable components or modules such as networking and consensus to suit user needs.
Possarena comes with various tools that streamline the blockchain development process and allow simple implementation of custom business logic. Developers can effortlessly combine the off-the-shelf components offered by the Possarena framework with their custom-developed features to create the desired enterprise-grade blockchain.
Besides the ready-made components and modules available in the Possarena framework, developers can use several development engines that open up additional customization and functionality, such as consensus algorithm selection or a custom cryptographic hash function. Developers can leverage Possarena's State, Tokenizer, Consensus, and Cryptography Engines.
Possarena's ecosystem, a state-of-the-art peer-to-peer networking platform called libp2p, uses a modular system of protocols, features, and libraries to develop peer-to-peer networking applications.
Integration with blockchains inside and outside the Posschain ecosystem is also possible, with Possarena's native blockchain connectivity capabilities such as cross-chain communication, collaboration, and shared security.
Cross-blockchain data transmission can be securely isolated using a TPPL and P2P communication and routing inspired by the Invisible Internet Project (I2P). A universal layer applied to every Posschain linked chain, TPPL adds an extra layer of security and privacy when transacting on a blockchain.
Developed using Rust, Haskell, C++, and Golang, Posschain and Possarena provide optimal implementation and protection. Being the most advanced programming languages ​​on the market, these programming languages ​​offer fast speeds and solid performance. Web Assembly (Wasm), a super-performance virtual environment that allows code written in multiple languages ​​to be run on the web at near-native speed, provides a platform for Possarena's runtime architecture.

Possapp Testnet is the experimental playground blockchain for Posschain. Developers can test blockchain applications and integrate them with all existing services Posschain offers without interrupting Mainnet's operations. Additionally, it includes a tap and a block explorer, so developers can go through unlimited testing of their apps and easily track transactions within their apps during the testing phase.
Community members who feel Posschain's native cryptocurrency of the network maintain and manage the Possapp Testnet. It also functions as an independent blockchain. Integrating with the test net, developers can explore Posschain technology limits in real-world applications before deploying to the Posschain Mainnet.

A virtual machine acts as a layer between the execution software and the execution machine. It also allows multiple applications to run independently of each other. A great example of a virtual machine in the blockchain ecosystem is the Ethereum Virtual Machine (EVM). EVM is not only a decentralized currency like Bitcoin or Ethereum but also a distributed state machine that can create decentralized applications using smart contracts. The EVM updates the states of the applications built on it each time a new block is created. The EVM is executed as a stack machine with a depth of 1,024 items. Each element is a 256-bit word chosen for ease of use with 256-bit encryption such as Keccak-256 hashes or secp256k1 signatures.
In the virtual machine's Posschain instruction set, opcodes are commands used to execute specific tasks. In total, there are 140 transaction codes that together complete EVM touring. Given enough resources, it can calculate almost anything. Since each opcode is one byte in size, there can only be a maximum of 256 opcodes. All of these opcodes can be divided into the following categories:
- Stack manipulating opcode
- Arithmetic/comparison/bit opcode
- Environmental transaction code
- The opcode that manages the memory
- Transaction code manipulating storage
- Operation code related to the program counter
- Stopping transaction codes
The virtual machine uses bytecodes to encode opcodes to store these opcodes efficiently.
The Posschain network contains the EVM-inspired virtual machine. Using EVM as a blueprint, Posschain has created a virtual machine that overcomes the limitations found in EVM to enable the scalable and sustainable development of decentralized applications.