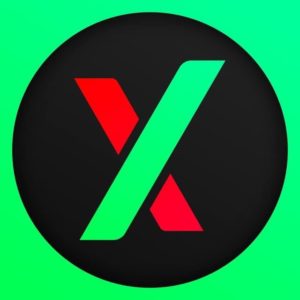 The most liquid exchange on PulseChain

The daily increase will continue until February 21st 0:00 UTC. After that a 1.75x flat Volume Bonus activates for the next 5 days until the Sacrifice Phase ends.

Go to PulseX.info for Sacrifice.

Status
Past
Starting date
December 30th, 2021
Ending date
February 25th, 2022
Whitelist
Yes
Token Sale Hard Cap
$ TBD
Token Sale Soft Cap
TBD
Token Symbol
PLSX
Token Type
PRC-20
Token Distribution
PulseX sacrificers will get a Volume Bonus Multiplier of up to 2.5x. Everyone's Sacrifice is publicly viewable during the period by checking the public balances of the Sacrifice addresses list on each chain. This way you might know when you want to sacrifice some more to move up in the rankings.

How the Volume Bonus works
Imagine that each Sacrifice Point grows legs, puts on a shirt with his Sacrificer's address on it and lines up in a big line out front of an auditorium.

The largest Sacrificer's points line up first. Then the 2nd largest. They file in and fill up the rows from the front to the back. Now an attendant comes in, and starts handing out bonus cards. He goes down the rows, in the same order they entered, and hands everyone a card. When he's done they see that the first card handed out is a 2.5x. Every card he handed out after was worth ever so slightly less till he got to the very back, where the last card was just barely more than 1x. The difference between each card and the next is always the same.

Now all the points stand up, and head to the changing room in the same order they entered the auditorium. The first point enters and out comes 2.5 points, all wearing the same Sacrificer's address on their shirt. What does a half point look like you say? Fun sized is the answer. This continues until every Sacrificer's points have all gotten the bonus they deserve. In math speak, it's a linear bonding curve from 1x to 2.5x.

PulseX is PulseChain's exchange
PulseX enables you to exchange tokens ("PRC20s") on PulseChain for one another. For example you could swap PulseChain's native token PLS for PulseX's token PLSX. It works like Uniswap on Ethereum. Bridges also let people trade currencies from other chains on PulseX.

The world's largest yield farm
Every time people swap from one coin to another on PulseX liquidity providers earn fees as a reward. Users can bridge in their free ERC20s and pair them with free PRC20s in order to provide liquidity and earn fees. This also backs the value of the PRC20s that they got for free.

The second PulseX incentive token
In order to enhance PulseX's success another token will exist to further incentivize liquidity providers beyond the fees they're already making. When they become liquidity providers, they will receive LP tokens that they can deposit into a yield farm. This not yet named token is emitted with decreasing inflation over time. A DAO chooses which trading pairs receive this incentive and at what rates. Only addresses with PLSX balances get to vote in the DAO.

PulseX's Goal
PulseX is a Uniswap fork with PLSX Liquidity Provider incentivization. Its goal is to provide PulseChain users with the best possible trading experience & yield farm with a strong focus on incentivising ERC20 holders to bridge in and back the value of their free PRC20s.

Trading fees? Dirt cheap.
PulseX will have a 0.29% fee that users pay on every swap. That is less than Sushiswap, Trader Joes, Quickswap and Uniswap. 76% of all trading fees could be distributed to Liquidity Providers. 21% could be used to buy and burn PLSX, reducing its supply over time. 0.01% of a trade's value goes to an address you must have no expectations of.

PulseX will have the most Liquidity on PulseChain.
The initial liquidity for PulseX comes from a bot called the "AMM ratio fixer bot". It harvests over around 99.9% of many coins liquidity from Uniswap, Suishiswap and other popular markets at launch, then recreates those pairs on PulseX and adds the liquidity it has harvested along with fresh PLS to make PulseX the vastly most liquid exchange on PulseChain. As users want the best deals for their trades, they tend to go where the liquidity is the largest. That creates volume. As liquidity providers make profit on volume, they are likely to deposit on the exchange with the most volume. It is hard for new competitors to overcome the critical mass of so much liquidity in one place.

It's good to have all the Liquidity in a single place.
Centralized liquidity also means the best deals for users because it results in low slippage. Meaning the price moves against them less when they swap. It also means that fewer arbitrage bots become rich equalizing the prices from different liquidity sources. It's more efficient.