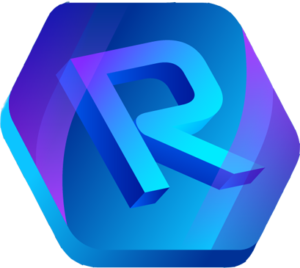 Revomon is a collectible monster game in virtual reality based on blockchain technology.

Revomon is a Pokemon-inspired universe based on the collectible monster game mechanics in virtual reality and running on blockchain.

Although this MMORPG pocket monster game concept does not exist on Virtual Reality stores, we aim to make it unique thanks to blockchain technology and especially solving 3 issues common games are facing:
1. Ownership
2. Pay to earn
3. Governance.

Ownership: We aim to let players to keep the ownership of the looted/crafted items and caught monsters thanks to the tokenization, each player will be able to convert the item into a NFT linked to their own wallet and sell them on Opensea.

Play to earn: Players will receive rewards while having entertainment playing the game.Indeed, thanks to in-game challenges and progression, they will be able to claim tokens and NFTs. This is a disruptive concept as usually "playing" is considered asa time loss. We aim to change people's mind with new services in the gaming industry.

Governance: Each token represents a voice that can be expressed through votes on the future and major decisions of the platform. We want to push forward the community into one driven model in the decision making.

The project will onboard a unique protocol bridging blockchain ecosystem to virtual reality gaming, introducing NFTs, Staking and farming in a full immersive VR game that will published on stores to generate profit in the long run.