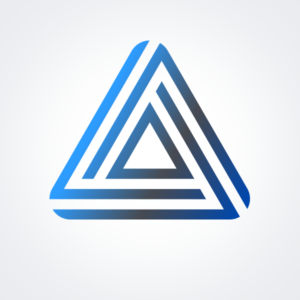 The next-generation digital distribution platform, delivering all types of video games (Free2play MMOs and cryptogames being a key priority), including AAA-titles, to the fast-growing global game community. **UPDATE - TheAbyss raised 15.3M USD in their crowd sale!! No official announcement of exchange info.

The Abyss is a next-generation digital distribution platform, delivering all types of video games (Free2play MMOs and cryptogames being a key priority), including AAA-titles, to the fast-growing global game community. Unlike other platforms (Steam, Origin, GOG, etc.), The Abyss offers a groundbreaking motivational and multilevel referral system, allowing gamers to earn from in-game and social activities, and other gamers’ payments as well. By joining The Abyss, developers will reduce their marketing expenses and receive an extra income from referral payments made in other games on the platform.

Key Characteristics of the Project:

• Increasing income from a single user: A powerful, multilevel referral program whereby a user brought in by a developer provides the developer an income (paid in ABYSS tokens) from all payments and achievements in any other game on the platform.
• The player also profits: An analogous referral system is built on a viral basis whereby players receive income (paid in ABYSS tokens) for bringing in friends, not just for their payments but also for the activity on the platform (achievements, creating content, subsequent referrals, etc.)

This system utilizes a principle of affiliate marketing: a maximal income is obtained by players and developers who are the first to bring in users to the platform. The system is oriented at more effectively inviting and retaining users than any other in the gaming sphere.

• Low entry threshold for the first check: Dual currency options whereby all operations can be conducted in fiat money and the platform's own ABYSS tokens.
• The convenience of using tokens: Tokens can be transferred to cryptocurrency accounts both manually and automatically.
• Saving money on marketing: An internal system of advertising offers (based on ABYSS tokens) enables traffic to be exchanged with other developers, receiving and passing along only relevant users.
• The Abyss is a gamification service: A well-planned system of syndicates (Masternodes) enables the platform's users to be organized into communities that become sources of income (paid in ABYSS tokens) for participants. It is one of the methods of controlling the volatility of tokens.